How do I stop my Jack Russell growling?

The growl is something we never want to hear from our own Jack Russell terrier.

For example, dog-to-dog growling is quite widespread. However, if your Jack Russell growls at you or members of your family, you're definitely not alone in this relatively common problem.

This isn't behaviour you want to continue, and there are ways to stop it. Firstly though it's important to understand where the growling comes from and what causes it.

Why Jack Russells growl and what it means 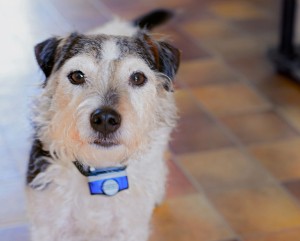 There are many reasons why your Jack Russell might be growling at yourself or your family members:

Territory and the pack hierarchy are a big deal for dogs. For him to treat your family members with respect, he must know his place in the family unit.

You and your children should have leadership roles with your Jack Russell terrier.

This doesn't mean punishing your Jack Russell all the time, instead you should always prioritise positive reinforcement.

What it means is that whenever your dog exhibits growling behaviour, pay close attention to the situation and human interaction that directly preceded it, and write this down.

After a few incidents of growling and note-taking, you should have a good idea of what causes the dog to growl.

The above examples will all confuse the Jack Russell terrier about his status within your family pack, by introducing inconsistencies between him being 'lower' and then 'higher' in the hierarchy.

How to stop the growling

A common thing owners do that makes the situation worse is to give their dog affection when growling occurs at a family member.

The only thing that achieves is positive reinforcement for their actions in the dog's eyes. It makes him believe it's acceptable, when it most certainly isn't!

The best thing you can do is take preventative measures for dog growling. This means you should first stop behaviour likely to make him growl in the first place.

Cesar Millan suggests a "no touch, no talk, no eye contact" policy for dogs that growl in response to petting and other behaviours.

This means that, for a while, leave the dog alone when he's relaxing, and respect his space. There's nothing wrong or cruel about not petting him or giving him affection as much for doing nothing.

Also, only let your children interact with the dog when he has been fully exercised. His energy level can be a dictator of his aggression towards others.

If the Jack Russell terrier still persists in his growling, you should calmly and confidently make it clear that growling is not acceptable behaviour.

Put him in a room by himself, separated from your family, for about half an hour. You can also follow the negative stimulus techniques I wrote about in my articles on barking and whining.

Consistency is vitally important. He must understand clearly and unequivocally that growling (and other negative behaviour) will immediately result in a negative stimulus for him.

However, obviously don't do anything that your dog might interpret as further aggression, because that might just make the situation worse. Be assertive but certainly don't shout or scream at him.

Check out all the bonuses and join 3,000+ people like you


Welcome to the Jack Russell Terrier Advice Centre! We have everything you need to make your life easier as you begin raising your new companion.